It was unfortunate that when shooting at the Toronto Centre for the Arts we weren’t able to get into the main stage. That evening they were setting up for an upcoming show. We were however granted access into the George Weston Recital Hall. While not quite elaborate it was still fin to set up and shoot in there. Now I know that some people are getting tired of selective colour and thrush be told I was actually going to clone out the photographer in the image but I thought that including him provided a bit more of a compelling story. The decision to bring back the color was just me playing with the image to see what worked well. I think the red jacket just makes the image pop a bit more. What do you think?

I used Topaz Black & White Effects to convert the image to black and white and selectively bring back the colour. Don’t forget you can always use the code ELPHOTO to get a 15% discount on all Topaz Products. 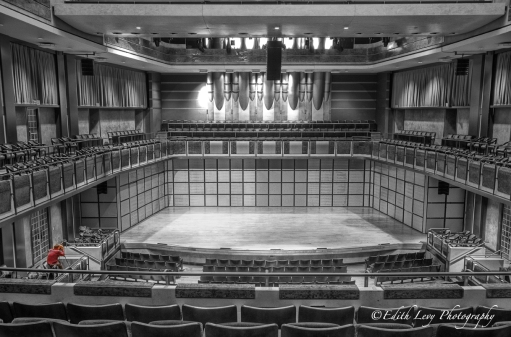 Just a quick post today as I head out on this sunny Sunday. Hope you’re all enjoying your weekend. For some reason I’ve stopped getting the Weekly Photo Challenges in my inbox on Fridays. Has this happened to anyone else? I realized this was the challenge this week but visiting other blogs.

Anyway…can anyone guess why I picked this letter? 🙂 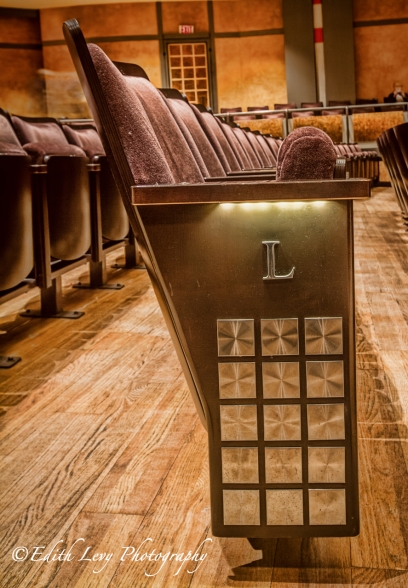 Happy Monday Everyone and a very Happy Easter for all those that celebrate. I hope you had an amazing weekend. I’m happy to report that it was a glorious weekend, weather wise. I think (and I hold my breath as I say this) that Spring is finally here.

Here’s another image for the Toronto Centre for the Arts. This was taken from the upper lobby level of the centre looking down on the multiple staircases that leads to the lower lobby. I love the contrast between the wood railings and the chrome of the staircases.

Click on the image to enlarge (it really does look better in high resolution) or to Purchase a Print. 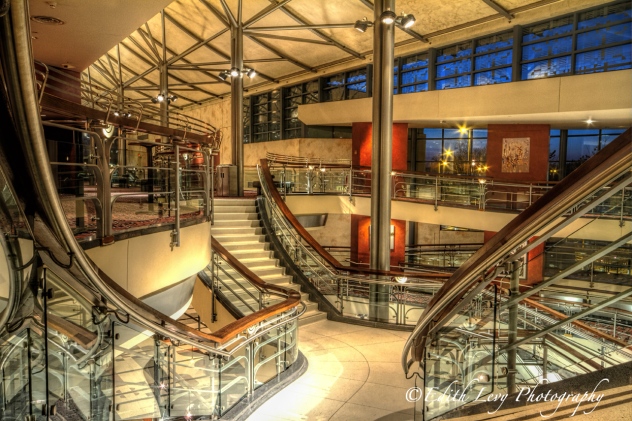 Toronto Centre for the Arts

Last week I had the opportunity to photograph the interior of the centre.  Access was arranged by my photography club and I and 15 other inconspicuous, tripod toting individuals descended upon tho slovenly space. The unfortunate part was that the Main Stage was off limits as a show was being set up at the time. We did however have access to one of the smaller theatres and the lovely Art Deco lower and upper lobby.

The challenge in photographing in an interior space such as this, with close to 30 photographers, is that inevitably someone walks through your shot. As respectful and mindful as you try to be it just happens when you have that many photographers. On the flip side the advantage to attending one of these types of outings is that you can share ideas and techniques with like minded individuals.

Here’s one view of the lower lobby processed in both colour and black and white. What I love about this space this the Art Deco look and when I looked at all the converging lines and details I thought this would look great in B&W. Which do you prefer? I can tell you that I asked my son the same question last night and he unequivocally choose the colour. I’m undecided.

Click on the images to enlarge to see a higher resolution (it really does look better) or to Purchase a Print. 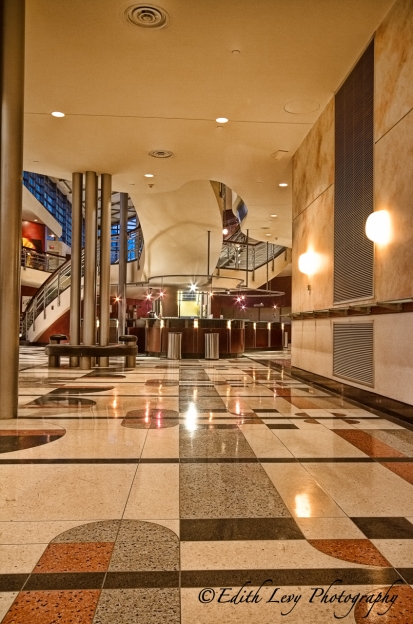 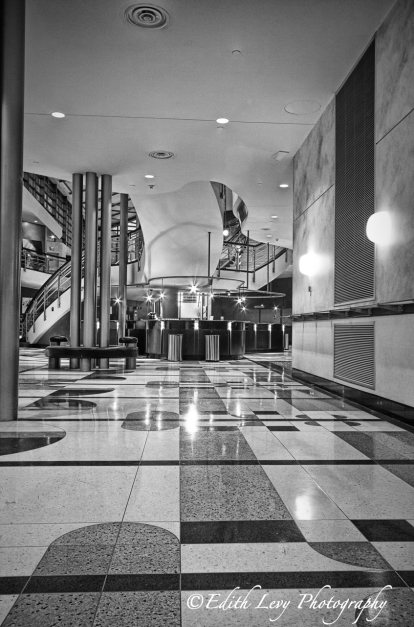 I held off posting this because the brackets for this image were used in our most recent round of HDR Tennis on Facebook. You can click on the link and check out the other versions of this image from the many talented photographers that participated. 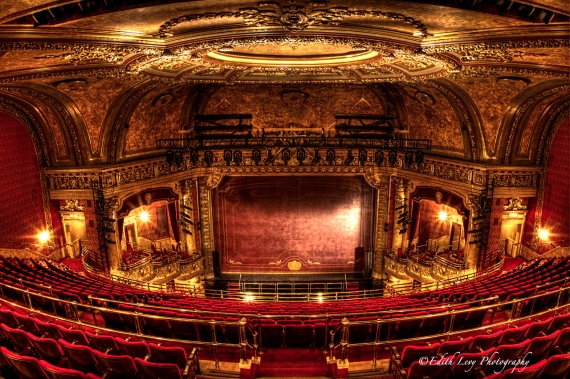 Back to the Theatre 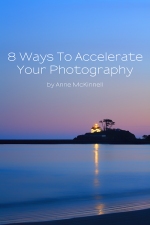 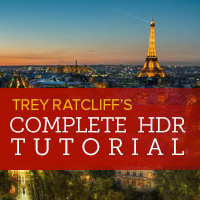